On April 13, I traveled to Atlanta to say words and perform the marriage ceremony for LT. Andrew Guthrie and Jennifer Barrow.

Jennifer grew up in Richmond, Kentucky, and Andrew was raised in San Antonio. They met for the first time in 2006 when YouthCUE was holding its First Annual Toronto Festival of Youth Choirs. During the Festival, both Andrew and Jennifer auditioned for the YouthCUE International Chorus. They were both accepted into INC and the next year found themselves together again in Montreal. That was 2007.

Over the next few years, Andrew and Jennifer drifted in and out of communication with one another, but eventually, they began dating seriously and fell in love. Having both completed their undergraduate education, they are beginning life together as a couple in Fort Polk, Louisiana, where Andrew is currently stationed.

As far as we know, Andrew and Jennifer are the first to marry after first being introduced at a YouthCUE event. First perhaps, but probably not the last.

We are very proud of these two outstanding young adults, and we wish them the very best as they continue their lives of service to the Lord – now together. 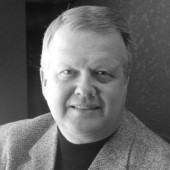